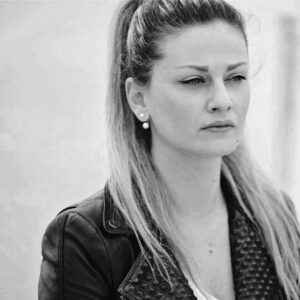 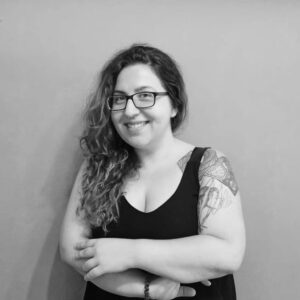 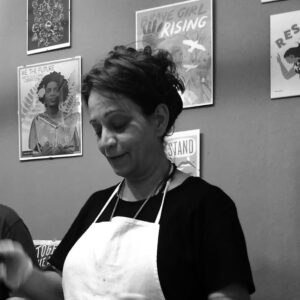 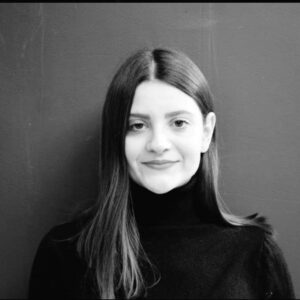 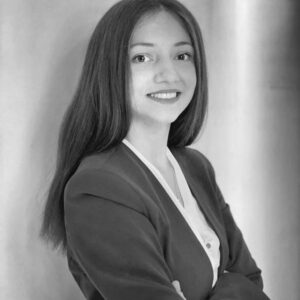 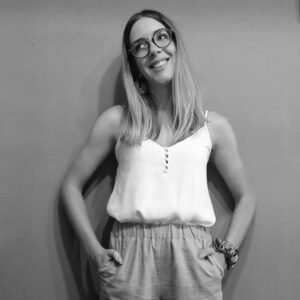 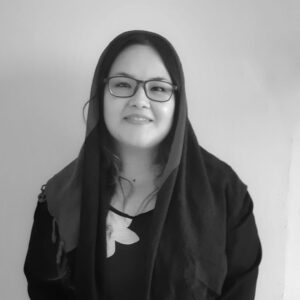 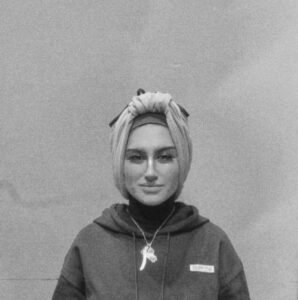 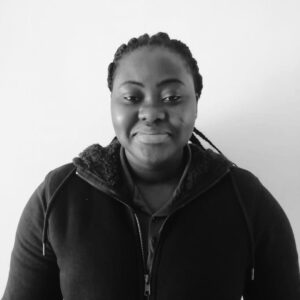 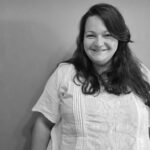 Roos grew up in the Netherlands. She studied Cultural Anthropology at the University of Amsterdam and obtained a master's degree in Safety Science at the University of Antwerp. Her interests have been revolving around displaced people. She worked as a project manager for Flemish Refugee Action on a project for young refugees. She volunteered on Lesvos as assistant coordinator for the Psycho-social mission of Boat Refugee Foundation and as team leader at Showerpower. At Irida, Roos coordinates our programming and our activities. 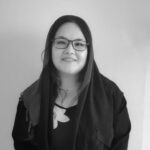 Jamile fully used her experience as a refugee woman from Afghanistan in order to help and support other women. She strongly believes all refugees, asylum seeking and migrant women should be supported and empowered in order to achieve a normal life and reach their goals. She is always ready to support more women and girls and offer her skills in the best possible way. 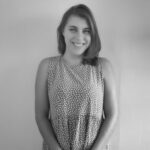 Kristina Koleva - Activities Trainer
Being an emigrant herself Kristina's studies naturally focused on the history, anthropology and languages of the Balkan peninsula as a undergraduate student at the department of Balkan, Slavic and Oriental Studies and postgraduate at Master's Program of History, Anthropology and Culture of East and South-Eastern Europe at the University of Macedonia. She has teached Turkish, Bulgarian and Greek to different age groups over the past 4 years. Joining Irida as an English and Greek teacher, Kristina is happy that she can contribute to the women empowerment movement because women are stronger when they are together. 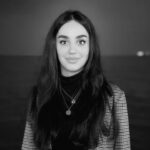 Layla Omer - Interpreter
Layla is from Iraq. She has been in Greece for two and half years and she is working as an interpreter at Irida Center in order to help and support other refugees.

Even from her childhood years, she was eager to assist and serve the others. Despite the challenges she comes across due to the nature of her work, she always looks for the positive and bright side of every situation. Her motto is “Help those in need, never give up and always enjoy your job!”. 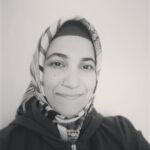 Ahsen Safiye Tozanoglu - Interpreter
Ahsen came to Greece in 2018. She used to be a teacher in her country of origin and for the last two years she has been supporting Irida’s community as a translator. “Working as an interpreter at Irida is like a  miracle. I can touch the lives of women working closely with those who touched and changed my life as a refugee”. 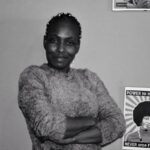 Adjara Kone - Cleaning Care
Adjara is from Ivory Coast and has been living in Greece for about two years. She has been a long-term community member that now is working with us. She is in charge of maintaining the center fresh, clean, and safe during this unprecedented health crisis. Furthermore, since our physical space reclosed due to the movement restrictions of the pandemic, Adjara took over the Cooking Project, preparing with minimum support regularly hundreds of portions of hot meals for our fellow-humans who sleep rough.

Αtife (Shahrbanoo) Rastegar - Child Friendly Space Community Carer
Atife is from Iran. She wants to empower women and help them to release their great potentials. She wants to support women to discover their strengths and power. She is very proud of working at Irida Center because Irida's goal is to empower women in a harmonious and admirable way.

Elli studied Social and Economic Archaeology of Greece and the Mediterranean. For the last 15 years, she has been working as a researcher and teacher for the secondary and higher education sector, in England, the Netherlands and Greece. Owing to her postgraduate and postdoctoral studies, she has developed a genuine interest in inequalities, particularly those pertaining to social class and gender relations. 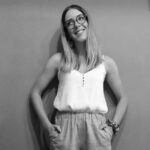 Ivi majored in Balkan, Slavic, and Oriental Studies with a specialization in Politics of Eastern Countries, and graduated with an MA in Politics and Economics of Contemporary Eastern and Southeastern Europe. Her research regarding Securitization and Refugee Crises had left her with a desire to take action. Ivi believes that when women support and build each other up, amazing things can happen. She strives for a brighter tomorrow!

Christa holds a degree in International Studies with a concentration in Global Justice and Gender, and an MA in Cultural Studies. Her interest in human rights (and how to support communities in accessing and exercising them) has driven her to pursue work and studies in multicultural communities throughout the U.S, Sub-Saharan Africa, and Europe. Since 2015, Christa has been working in refugee and migration response on both the islands and mainland of Greece. She believes travel can cure almost any ailment, and that when you invest in women, you invest in community! 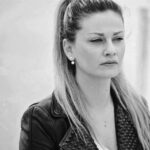 Chloe is a Greek American who returned back to her family’s home town of Thessaloniki. With a background in social studies but a career in the private and public sector until her mid thirties, she created Intervolve in 2015 in response to the deplorable conditions in Eidomeni, one of the most controversial situations in Greece and a true humanitarian crisis.
She is now a devoted mother while maintaining an active role in the community and the CEO of the organization 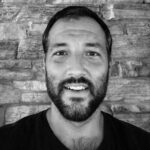 Matthew spent his early professional years in business and the arts as an auctioneer and realtor and as a film actor and musician. He had been travelling by bicycle across Canada and Europe in 2015 when he was alerted to and responded to the emerging events in Lesvos at the time. He joined InterVolve in early 2016 and has since permanently relocated to Northern Greece where he has started to lay roots with a growing family. 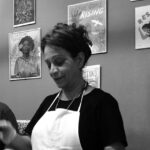 Since 2016, Effie has worked in the humanitarian sector as a social worker within multicultural team contexts. Her work has required her to build an in-depth understanding of Protection regarding prevention and response.
Today she is helping women to survive and rebuild their lives, through coaching and support. Something she has learnt along the way: when we create a safe and inclusive environment for women and train them on using their own strengths and unique skills, every day wonders happen transforming the world into a better place! 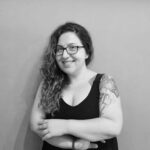 Erietta studied Physics at the Aristotle University of Thessaloniki but the humanitarian sector has since become both her interest and passion. When the European borders closed in 2015, she began volunteering at the Greek border town of Idomeni serving hot tea and a bit of warmth to refugees trapped there. In October 2016, she joined Irida’s work in Softex Camp, supporting in distribution and warehouse management, and she has remained with our team until today. 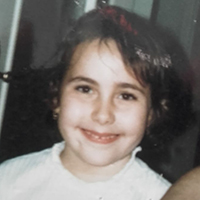 Kiki holds a bachelor degree in Politics and International Relations with a concentration in the Balkans and Middle East. Growing up in a large family, she soon realized that the well-being and good mood of the people around her is essential. Being part of Irida helps her to achieve one of her personal goals in life: to make people smile 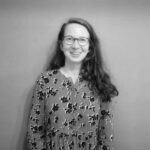 Alex came to Greece in early 2016 to volunteer in response to the refugee crisis, and worked in many camps in Northern Greece. Before coming to work in InverVolve, she lived and worked in several different countries such as the United Kingdom, Chile, Germany and Morocco. She speaks English, French, some Greek, and is fluent in Arabic. 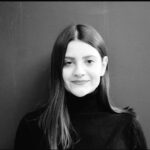 Lydia holds two degrees in Political Science & International Relations. Since her college years, Lydia has been interested in gender issues and women's empowerment. Within her current role, she wishes to voice up gender inequalities, fighting for a safer and more inclusive world for all women across the world. Because "when the whole world is silent, even one voice becomes powerful"-Malala Yousafzai.