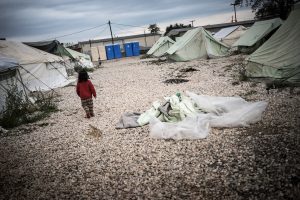 In 2015, thousands of people were forced to move to Europe, especially to Greece, searching for safety and shelter during the largest and most severe migration crisis since the mid of the last century. 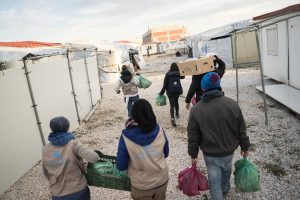 During that time, a small group of Greek and foreign volunteers, after they refused their professional careers, decided to support the needs of the people who were found blocked in the village of Idomeni.

At the mentioned period of time, this group of people adopted the team name: InterVolve. The InterVolve team responded to basic human needs, providing food and health care.

In January 2016, InterVolve was established as a Greek NGO, taking part in managing the major humanitarian crisis.

Due to the events of March 2016, when 16.000 people were found blocked in the tiny village of Idomeni, our team collaborated with volunteers, solidarity networks, NGOs, and, of course, the refugees themselves to achieve our goal: covering the total needs of the people involved.

Having the invaluable support of Help Refugees UK, we acted as quickly as we could to evacuate the camps of Idomeni. 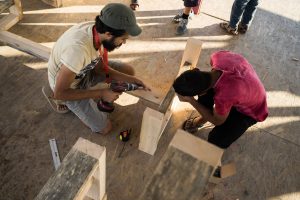 Aiming to relieve the refugees directly, we undertook significant infrastructure projects in some of the camps. In particular, in the “Softex” camp, our team, InterVolve, was the one and only humanitarian agent for 1680 people for a short period.

In the summer of 2017, the “Softex” camp was finally closed and sealed; we saw an opportunity to rearrange from scratch our managerial policy regarding refugees, to achieve their smooth integration and total empowerment.

Within the context of the new management policy, we evaluated the total services for refugees and asylum-seekers. The gaps we found led us to establish Irida Women’s Center in Thessaloniki. 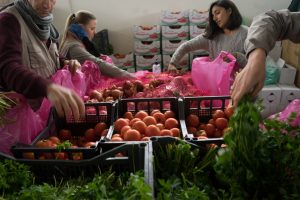 Irida Women’s Center has been operating since January 2018, offering a safe space with community-building activities to form an open and resilient community for all women.

Using as our tools psychological and total empowerment and support, the women of the Irida community are supported, primarily, to establish their own existence, and at the same time, create their own social networks.